FEATURE - Listening without Limits: A Chat with The Spanish Donkey's Joe Morris


In the world of music, the best instrument one can ever have is a lighter to burn the rulebook.

With a decades-long discography boasting more than 40 releases as a band leader (and another 50 or so as a sideman), author and Free Music legend Joe Morris has built a career out of doing exactly what he wants. Currently, the uncompromising Connecticut resident is making some absolutely astonishing noises with his improvisational trio, The Spanish Donkey. Completed by master drummer Mike Pride (whose paradigm-shifting percussion work includes collaborations with The Boredoms and Millions of Dead Cops) and organist/pianist Jamie Saft (Jamie Saft Trio/John Zorn/Bad Brains), The Spanish Donkey recently issued RAOUL, their second album overall and first for the noted London-based experimental label RareNoise.

While there is little doubt that each member of the group is a master of his craft, the virtuosity displayed on RAOUL is much closer to Metal Machine Music than Moving Pictures. Want a greater idea of what this album sounds like? Okay... imagine Die Screaming Leiderhôsens covering the first Pigface album or Bernie Worrell taking on Confusion Is Sex. Depending on your sensibilities, that last sentence either just turned you on or scared you to death. Some people will put on RAOUL and hear three separate musicians falling down three separate staircases with their instruments for an hour or so, while others will experience some breathtaking musical interplay that grows more intriguing with each listen. Either way, RAOUL is another chapter in Morris' daring musical narrative.

“I've been making records since 1983, and I honestly have never done anything that's traditional,” he says. “Everything I've done has been an attempt to do something creative that I thought would stand out on its own even in an arena of a bunch of people doing something similar. All along, I've always tried to configure whatever I've played on the guitar on my own terms.”

Although RAOUL is sure to draw a line in the sand for even some of the most tolerant or “open-minded” listeners, it is difficult to deny that the album is the result of three truly brilliant minds working together – even in those moments when they sound like three distinct planets colliding.

“The part that's out of control is a percentage of it, and we want it that way,” Morris explains. “We want it to formulate itself spontaneously under a lot of very controlled methodological bits and pieces.” 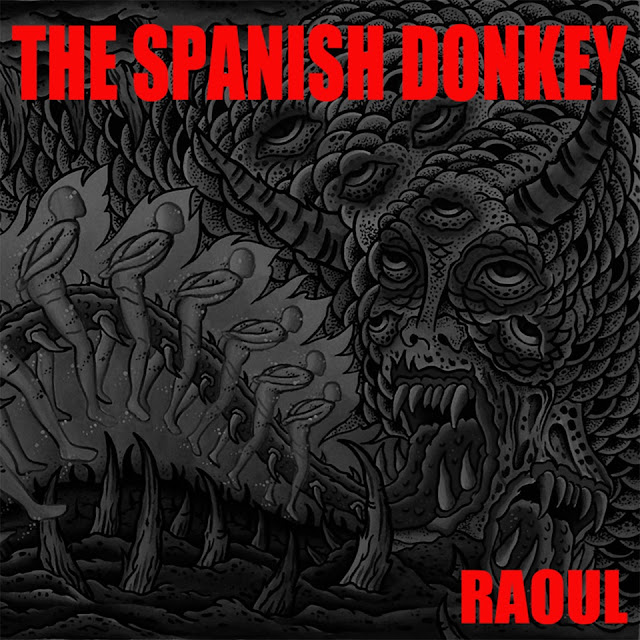 A fixture of the Boston creative music scene since the mid '70s, Morris built a strong reputation in the area for his work as a soloist and in acts ranging from duos to larger ensembles. Along the way, friends and colleagues encouraged him to be more like James "Blood" Ulmer and John Scofield. While this suggestion was certainly a vote of confidence in his playing, this suggestion drove Morris – a young musician determined to carve out his own niche in the world – just a little crazy.

“My obligation was to do my own thing, like they did,” he said.

In an attempt to broaden his horizons, Morris traveled to Europe in 1981 to perform in Belgium and Holland. What was Morris' first gig after arriving on foreign soil? Sharing the bill with James "Blood" Ulmer. Who would later hear Morris playing over the loudspeaker at a club and seek him out to compliment him on the originality of his playing? John Scofield. Clearly, Morris made the right choice by packing his bags and going overseas.

“It was really an amazing experience,” he recalls “Two very well-known guitar players who other people told me I should be like – who I like fine, but I wasn't going to be like them, out of respect for them as much as out of respect for myself – understood that and encouraged me to do what I was already doing. That was an incredible thing that's given me an incredible sense of independence ever since... I went home just on a tear, as if from that point on, there was no way anyone was ever going to talk me out of doing exactly what I wanted to do with my music.”

When not exploring new sonic worlds on stage or on record, Morris serves on the faculty at the New England Conservatory's Jazz and Contemporary Improv Department. Considering his penchant for nonconformity, what does the educator in him see as an ideal balance between the forms and structures taught in traditional music education environments and the loosened rules of flat-out noise experimentation?

“I don't know what an ideal would be in general,” he replies. “I think people need to pursue their creative ideas. If they work, they work; if they don't, they don't... People can do what they want, and the more people do what they want, the better off we'll all be. But I think it's impossible to just do Free Music. We think, we repeat ourselves and we plan things, even if we plan things very quickly before we actually render them. I think it's really helpful to have an understanding that to approach things that appear to be sort of randomly configured, we have to do an awful lot of work. There's a high level of technical control and a high level of aesthetic commitment to be able to make something that sounds to listeners to be completely without order, or in some way have what they consider to be some type of amorphous or orderless configuration. The idea of being an artist is that you're trying to expand your audience's understanding of things – to present them with something that you consider to be beautiful, even if it's beautiful in its severity. And if we repeat what we know they know, we've failed. If we get any degree of surprise in that, then we've succeeded.”

As for the future, don't be surprised if Morris' next aural adventure is a completely different animal than The Spanish Donkey.

“I think the challenge for me has been to not think that my music from 1985 should also be my music for 2015,” he says. “As a guitar player, I sort of follow the model that if I'm going to progress with any expression and expand my ability to do something on the instrument and use it differently, I can't play what was new to me in 1999. That's put me in a weird position with an audience, because I'm always doing everything I can to change. I think there have been points where I got close to kind of getting over a little more, and I was done with that particular thing and went on to another one. I was told by some people, 'Don't do that; this is what's working for you now,' and I did it anyway. My relationship with the audience is that I play to people who are willing to accept that I'm trying really hard to keep progressing.”