I recently connected with Laswell to discuss the creation of Sound Virus, his working relationship with some of Praxis' key participants and the very real possibility of new Praxis releases down the road.

Sound Virus features “re-stored, edited, enhanced and remastered” versions of songs from Sacrifist and Metatron. Why did you decide to revisit and restructure this material for this new release?

Just kind of going back and digging out things that had come before, I realized that there are some pretty intense pieces there, and probably not everyone heard it [because] it's been a while. I'm not trying to pitch [Sound Virus] to people who know the music – and it wasn't that visible anyway – but I was imagining it would be heard by an audience of new people who haven't really experienced it before. To me, it's like a new release. I've been going back and digging out a lot of things – a lot of outtakes and things that could be remixed and sort of reimagined going back that far. I'm kind of in that area right now – just restoring things and bringing them back.

How long did the process take to regenerate these songs and change them in the ways you did?

Not long. Piece by piece, probably a week of listening and just putting things together, and [then] the mastering session. It wasn't complicated. In hearing it, I familiarized myself again with it. I was a little out of touch. I'm trying to put all these groups [out]. With a group like Massacre, we have a lot of live records, and we've just done a lot of new live stuff, which is much better, so I hope there will be quite a bit of that recent stuff coming in the future.

For Transmutation [1992], you had Bernie, Bootsy and Afrika Baby Bam on board. After that album, Zorn, Mick and Eye stepped in for Sacrifist. What led to change in personnel between those two Praxis albums?

It's not really a band; it's sort of a logo or a brand. You could really put anybody on it. It's not a fixed group that tours and has a history of working together for long periods of time. It's always just really been a name. When I did Transmutation, I learned about Buckethead; when I met him, he expressed interest in working with Bootsy, and Bernie has always been around. Whoever was interested in working together just came together. Again, [it was] not really a band; [it was] more of a production or a project. That name came up, and we used it. After that, I was experimenting a lot with harsher or Noise-related music at a time [when] Zorn and I had a group called PainKiller with Mick Harris. I think it was exactly around that time, so things got a little more distorted, edgier, intense and faster [with] a lot of Hardcore and Noise references – and even slightly Metal sometimes. That was kind of a chapter [with Praxis], so I didn't want that to totally disappear, so I keep trying to go around and bring it back a little bit.

Since you were also working with Mick Harris and John Zorn at that time through PainKiller – and there were of course a lot of musical similarities between both acts – how was a piece of music the three of you developed determined to be for a Praxis thing versus what would end up on a PainKiller release? Was Buckethead's involvement really the deciding factor?

Not really. PainKiller, you could say, was a group. We were a trio that had a name, and we did some touring and did some recording. It was a little bit more like your typical band, whereas Praxis never really was. The real difference between Praxis and PainKiller is that you had these other elements that never really gelled. With something like PainKiller, you wouldn't have Bernie Worrell or Bootsy or P-Funk or people from the Hip Hop background; it would always be a heavy Noise band. Praxis always had the chance to go in a lot of different directions. It'll come again and might be something totally different. It's just really a name you put on something, but I guess it should have some connection in some way with whatever past experiences happened. 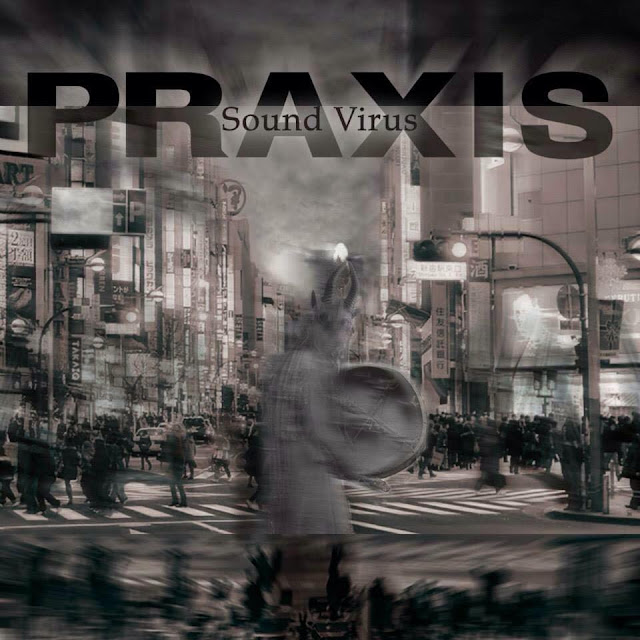 When and how were you first introduced to Buckethead?

It goes back a little bit before the Praxis project, which I used to meet him. I was introduced to him by a band in San Francisco called Limbomaniacs, and Brain was the drummer... They had met Buckethead and were friend of his, and they gave me two videos of him playing in his room, just goofing around. I sent one immediately to Bootsy because [Buckethead] had said his favorite musicians were Bootsy and Michael Jackson. I was working with Bootsy at the time, and he loved [the tape]. I said, 'Well, maybe I could put together a budget for a project; that way, everybody could meet.' I did that and we created Praxis. Everybody came to our studio, and that's where we all met.

Brain was the other mainstay in Praxis. What ultimately made him the best drummer for that project?

He's versatile and he has all this experience with heavier music like Godflesh, but also syncopated music with Limbomaniacs. He's really more like a Hip-Hop/Funk drummer who finds himself in Rock situations; he's not really a Rock or Metal drummer. The syncopation was an interesting contrast to some of the heavier riffs. Everybody got along, and he was the one who really introduced me to Buckethead, so it kind of goes back to the beginning of the whole idea.

You've worked with hundreds of musicians across all different genres. How would you say the experience of working specifically with Buckethead and Brain over the years has most impacted you - not only as a bass player, but as a general explorer of music?

They were younger than myself, and it was always good to find new people with new perspective and different experience and a different kind of energy, enthusiasm and ambition. It's nice to see people kind of learning as they go. You don’t necessarily get that from older musicians. You might work with the greatest musicians ever, but there's something about the enthusiasm of meeting new people and playing different directions of music. You feel part of the experience, and it's encouraging... I'm always looking for new people and try to encourage them to continue [because] it's not easy these days. In those days, [Buckethead and Brain] were an example of that type of energy.

In addition to Sound Virus, you're also releasing the Realm 1 collaboration with Barton Rage on June 30. How did this endeavor with him come about, and how would you describe the end result?

That's another one who kind of came out of nowhere and didn't really have a background or history and feels to be just starting. I didn’t really have much understanding or experience with what he was doing or what he had done, but I had a conversation [with him], and he seemed like someone who was genuinely excited about music and trying things. To get better, you're probably going to need a little help in the beginning. If you people don't get it, sometimes they get disillusioned and things don't happen. I just felt inclined to encourage him. It's not complicated to play in the kind of environmental or ambient music he's doing. I'm pretty versed in that territory, so it was kind of a natural thing to do. Once again, I did it because it was someone new and a new name and a beginning. It can't all be resolved; you have to keep looking for a beginning.

You're days away from curating another series of shows at The Stone. How will these events differ from your previous time there in 2014?

I guess it's down to each night. On the last one, I gave a few nights to different artists where I wasn't participating. Again, some of that was new bands and new people. On this one, I think I'm pretty much committed to five out of six of the nights. It's a little different in that I have to be ready to contribute every night [and] do something different. With the first group [Blue Buddha], we recorded with that band, but [there's] not a lot of experience playing together. That's obviously improv, and then playing with James “Blood” Ulmer... I've worked with him a lot, but not in this configuration. He's got him own perspective and concept and music, and you kind of have to adapt to his world. [With] the duets with Zorn with Milford [Graves], we're still developing a kind of language, so that's just continuing things that we hope will always advance, and that vocabulary gets bigger and bigger. With Method of Defiance, it's always experimental. It could go Drum and Bass or Dub, or it could be complete improv or Noise-related or DJ- related. One of those nights is with a kora player, so you have to adjust to these kinds of patterns and scales from West Africa. The Last Poets, which is a legendary statement, will probably play on their own. I'm hoping that people who never got a chance to experience that – because they don't play that often in New York or in the States – will go back and check the history of that, which was really important.

With Sound Virus renewing interest in Praxis, what can fans expect in the future? Will there be more Praxis on the way?

We have a lot of really powerful live recordings. A lot of them feature guests artists like Rammellzee or New Kingdom or Antipop Consortium and lot of different vocalists. I'm going to go back first and see if I can make sense of some of that archival stuff, but there's always the chance that there would be another live configuration. I don't know what it would be, but I'm not retiring that brand or that name. It'll come back as a statement, but it'll have to be a little closer to all the other work that's [been] done. I can't just throw it onto something random; it's got to fit the progress of how that name has been going.


*Some portions of the above interview were edited for clarity.

Read my review of Sound Virus