FEATURE - Music by the Masters: Talkin' Tunes with Pat McGee and Waddy Wachtel

Think about the many great musicians who shaped your taste and love for music while you were growing up. Now imagine being in a recording studio watching these people perform on your album. This surreal scenario unfolded for veteran singer/songwriter Pat McGee when he succeeded in bringing in some of the finest players in history to be a part of his recently released self-titled 10th album.

After building a successful career with the Pat McGee Band, McGee decided to try something very different for his latest release. After buying a record player and rediscovering the magic of some of his favorite artists of the '70s (James Taylor, Jackson Browne, Linda Ronstadt, Warren Zevon, etc.), he had a vision of working with the stellar session musicians who performed on these classics. When all was said and done, McGee's backing band for the album ended up being the guys affectionately known as “The Section” - guitarist Waddy Wachtel, drummer Russ Kunkel, bassist Leland Sklar, guitarist Danny Kortchmar and lap steel player Jeff Pevar. Other guests on the record include John Popper (Blues Traveler), Pat Monahan (Train), Matt Menefee (Bruce Hornsby). Paul Barrere (Little Feat), Gabe Witcher (Punch Brothers) and organist John “Red” Redling.

Getting any one of these guys to be on a record is amazing enough, but McGee managed to assemble the kind of band usually reserved for a music fans' wildest fantasies. His journey first began when he decided to record an album influenced by the grooves of his vinyl collection.

“I wanted to write music like that – stuff that so heavily influenced me when I was younger,'” he says.

As soon as the new tunes were composed, McGee set out to build the album from the perfect foundation – in this case, renowned timekeeper Kunkel. After searching out an email address for the drummer, McGee sent him a note to see if he'd be interested in being a part of the upcoming sessions. Then, McGee heard nothing – or at least that's what he thought at first.

“[Russ' reply email] landed in my 'junk' mail; it sat there for weeks because obviously I didn't see it!” he recalls. “I figured he wasn't into it... When we finally connected, he mentioned that he was touring with Judith Owen. He said, 'You know, Waddy and Leland are with me.' I was like, 'That was easy!'”

Before long, McGee and his dream team were laying down tracks at LA's Boulevard Recordings (the site previously known as Producers Workshop, which helped birth such classics as Pink Floyd's The Wall and Steely Dan's Aja). The sessions flowed with a live and loose feel, with nothing taking more than three takes to get down. Considering the histories represented in that studio, it comes as little surprise that the album was also recorded in a fashion that honored the past. 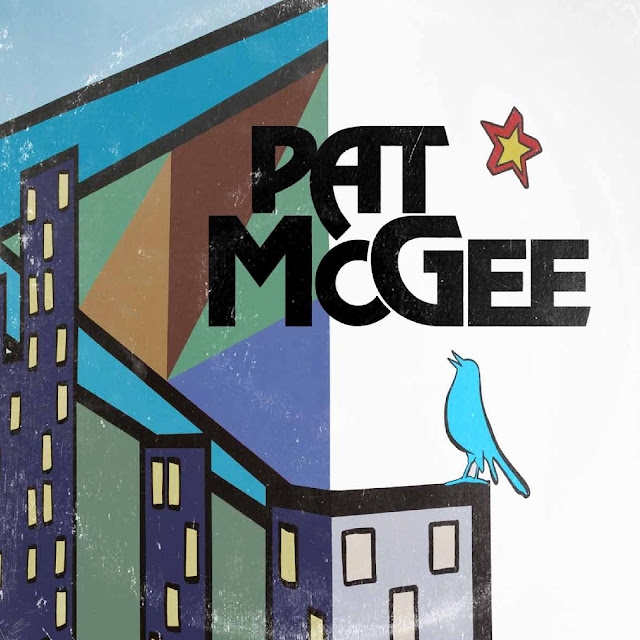 McGee gained even greater insight into just how special some of his collaborators truly are when he recently hooked up with Jackson Browne after a show in Providence, Rhode Island.

As he recalls, “I got to talking with [Jackson] afterwards, and he's like, 'Tell me again who you played with.' I told him, and he just shook his head, looked off into the distance and was like, 'Those guys defined my sound. I didn't know what my sound was going to be. I walked in with these songs for my first record, I played them the idea and what came back through the speakers and headphones was the first time I ever heard what my sound was going to be. It changed in one day; I knew exactly what I wanted to sound like for the rest of my career... The way they interpret my songs blew my mind.' I don't want to claim that I had the same experience as one of my heroes, but that's exactly what happened to me 40 years later.”

For Wachtel, working with his fellow session musician legends on McGee's album marked the latest chapter in a long and celebrated tradition started during what the guitarist calls “the most creative explosion of talent that the United States has ever had as far as Rock 'n' Roll [and] popular music goes.” There was a time in the '70s when virtually every major hit featured some configuration of “The Section.”

“That period in Los Angeles was astounding,” he shares. “ It was like our Liverpool – explosive, really. It was incredible.”

After all these years, the team still connects in ways that no other combination of musicians has ever achieved.

“There was never a problem communicating [between us],” he says. “As soon as I met these guys, it was like we knew each other from being babies together. It was never a weird fit; it was, 'Here's the tune,' and we'd play it. The concept of the way Russ plays has not changed, and the way Leland plays has not changed. It's an unspoken law [with] them that this is it; it just flows out of these guys... It's a wonderful thing to be able to know that if you bring in Russell and Leland, the reason you brought them in is what you're going to get. Always.”

Although McGee's new album has an old school charm, it is still a product of today's rapidly changing music industry. Like numerous other artists, McGee funded the album through Kickstarter. Although he admits that it took him some time to warm up to 'the whole ask your fan for money thing,' the experience proved successful: With nearly $81,000 raised, he was able to fully accomplish his vision on his terms.

“I feel like the fans have become the record label,” offers McGee, whose career with the Pat McGee Band has included a stint with Warner Brothers. “[Being independent again] is a slightly scary thing, but I got burnt by so many different label people that getting involved with a label again doesn't really interest me unless there is somebody who truly gets it and has a very clear plan of how to get this out there.”

Unsurprisingly, Wachtel has also had to adapt to changing times.

“Instead of being in the studio these days, you're usually in someone's house,” he says. “It's a whole different take on it now.”

In addition to his work with his longtime cohorts, Wachtel's playing can be heard on albums by Keith Richards (with The X-Pensive Winos), Iggy Pop, Bryan Ferry, The Rolling Stones and countless others. His 40-plus year history with the great Stevie Nicks has yielded such treasures as the incomparable opening guitar lick to the 1981 hit “Edge Of Seventeen” and appearances on 1973's Buckingham Nicks and Fleetwood Mac's self-titled 1975 album. (An exhaustive – and absolutely jaw-dropping – rundown of Wachtel's vast discography is available here.) Of course, getting the chance to chat with a player of this magnitude is a big deal for a music journalist. Although yours truly somehow fought off the temptation to turn our chat into a 30-hour interview, I had to ask him to share some thoughts on working with singer James Osterberg, better known to us mere mortals as Iggy Pop.

“We just came in, and it was a quick to-do,” he says of working on Pop's 1990 album, Brick By Brick. “It was basically a couple of guitars, bass and drums, and Iggy just had a notebook full of great tunes. He's a very deeply intelligent cat. You wouldn't think of it with someone who's pouring candle wax on himself and running up and down the fucking aisles without his shirt on, but he's a real beauty. I really, really like Jim a lot.”

Wachtel's increasingly full plate for the rest of 2015 includes creating music for the upcoming comedy Joe Dirt 2. As for 2016, he's looking forward to resuming his work with a dear friend.

“I get my Stevie back!” he says. “We did an album that nobody's heard. We went to Nashville, and Dave Stewart and I co-produced it with Stevie. We cut some great tracks and finished out a beautiful record, and then Christine [McVie] decided to come back to [Fleetwood Mac], so our record just got trampled. At first, I was very upset about it, but after a long talk with Stevie one night, I realized, 'Oh, yeah, that's a good thing because once this whole Fleetwood Mac thing is done, we can release the better tunes on that record and tour behind it now and have a clear road in front of us.'”

As for McGee, the immediate future includes summer shows in Chicago, Connecticut, Rhode Island, Atlanta and Michigan. (Dates are available here.) Additionally, a special signed vinyl edition of the new album (complete with two bonus tracks) is currently available for pre-order for a September delivery. Beyond that, expect the man to be wearing a big smile over his latest recording for a long time.

“All these years of listening to Classic Rick records and hearing these amazing guitar parts – whether they were the simplest thing in the world or really complex – I always wondered where they came from,” he says. “Now I know that they just come out of these people... I felt like I was watching the creation of a Classic Rock record, but it just happened to be my songs.”

Of course, McGee isn't the only one who will never forget the experience.

“['The Section'] made a name for ourselves because we’ve been involved with such great singer-songwriters; we've played on the best tunes in the world,” says Wachtel. “But when you walk into the studio and the song is a dud, there's not much you can do it. (laughs) All the expertise in the world ain't gonna make a piece of limburger cheese smell like a rose garden. I credit Pat with his songwriting; it's what brings a band like us into the foreground and let's us do what we do... The more Pat and I and the boys can collide, the happier we'll all be.”