It's amazing how quickly time flies.

Today is the 20th anniversary of The Misfits' "homecoming" show at Action Park in Vernon, NJ. The show marked the conclusion of the band's "Resurrection" tour, which saw them hit the road for the first time since 1983. I was the promoter for this show and worked with Jerry Only for nearly a year to put it together.

To mark the occasion, I've assembled some rarities from the show and time period - many of which have never been seen before. In digging around for stuff, I uncovered an old notebook filled with production notes dating back months before the gig. I'm glad I kept it, as I had completely forgotten that we had considered Life Of Agony, Anthrax and Type O Negative for the bill at one point. I can't recall what happened there (too many years in the rearview), but it was interesting to go back and see that kind of stuff written down.

It was an honor working with Jerry, and I wish him nothing but a life of happiness and success. I hope the upcoming reunion with Danzig kicks ass.

(Go here and here if you're interested in learning more about the Action Park event.) 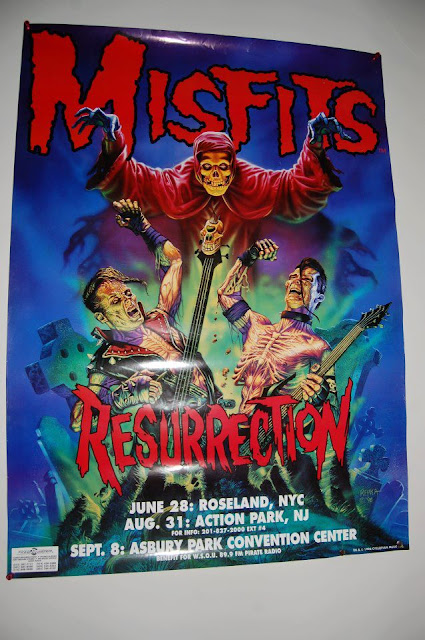 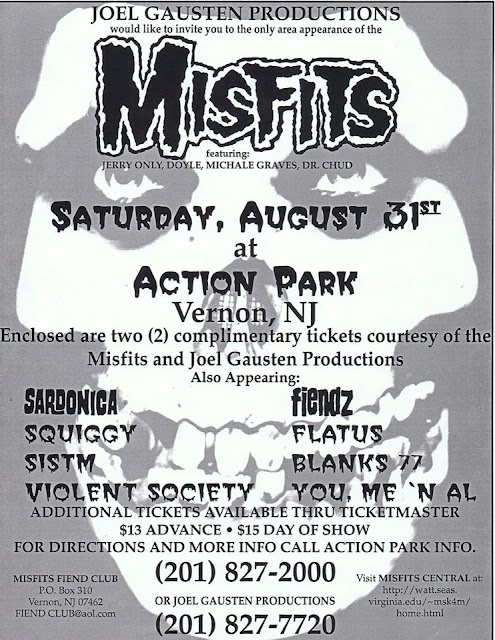 The check that Jerry wrote me for the deposit for the venue. Note the name of the account at the top left. Kryst the Conqueror was the late '80s band that Jerry and Doyle had with singer Jeff Scott Soto. For Jeff's recollections of the Kryst era, check out this interview. 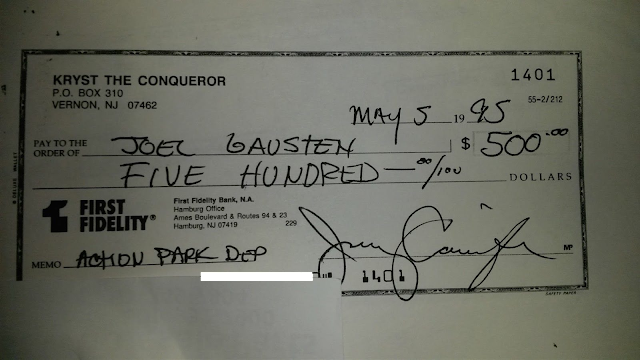 The special ticket we printed for local stores and some of the opening bands to sell. Can you spot the typo? 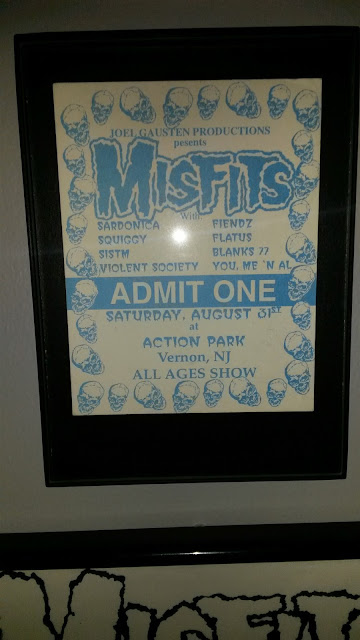 The following two photos are of a reel of an unaired radio ad that Jerry recorded for the Action Park show. It was recorded while the band was cutting what later became the "Mars Attacks demos." The ad was only a few seconds long and featured Jerry talking over a clip of "Horror Business." There are only six reels in existence; this is 1/6. Jerry presented this to me after the show as a thank you. (For those who don't know, "Mo" is Jerry's nickname.) The second photo also includes the cassette of the ad. 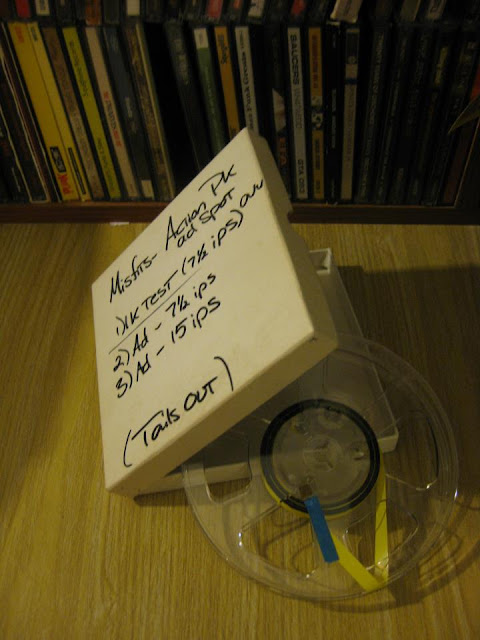 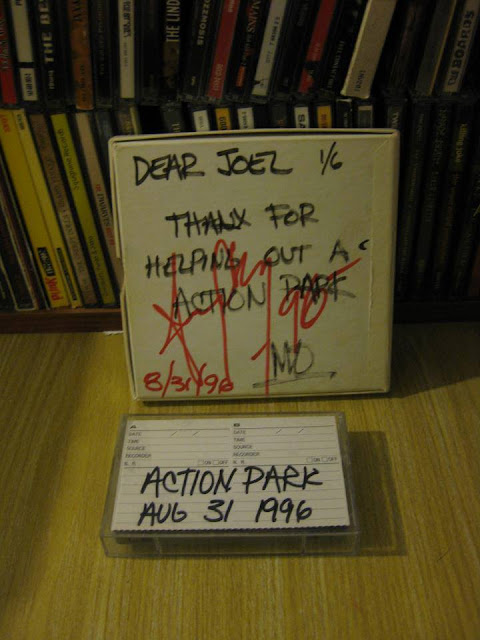 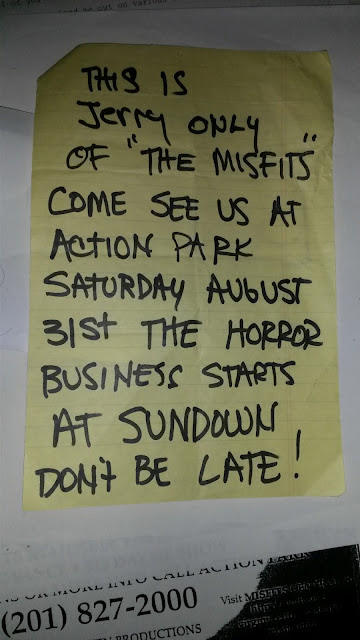 These next two photos are of a special shirt printed up for the show's security team (basically various friends and family). My guess is there were around 25-30 of these, maybe less. 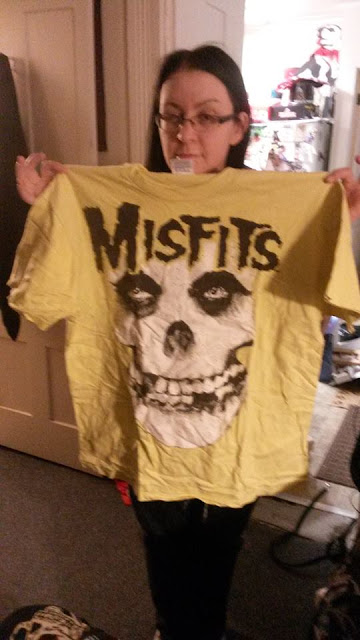 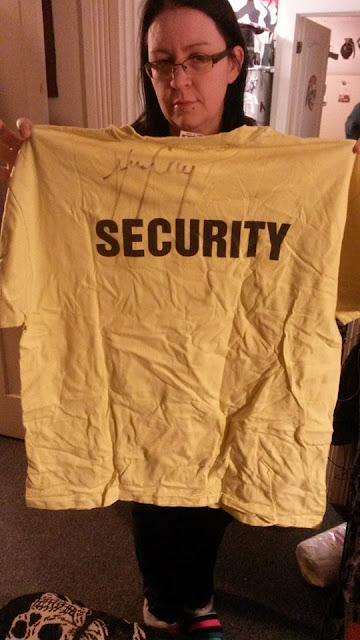 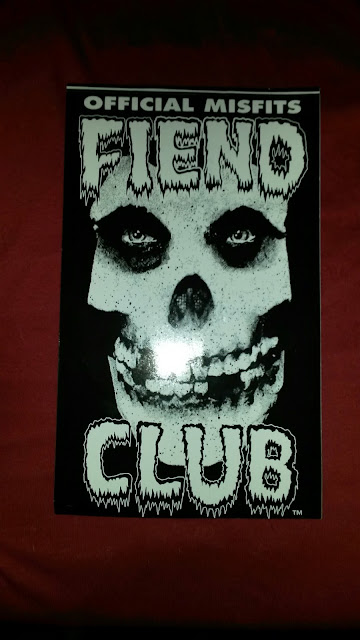